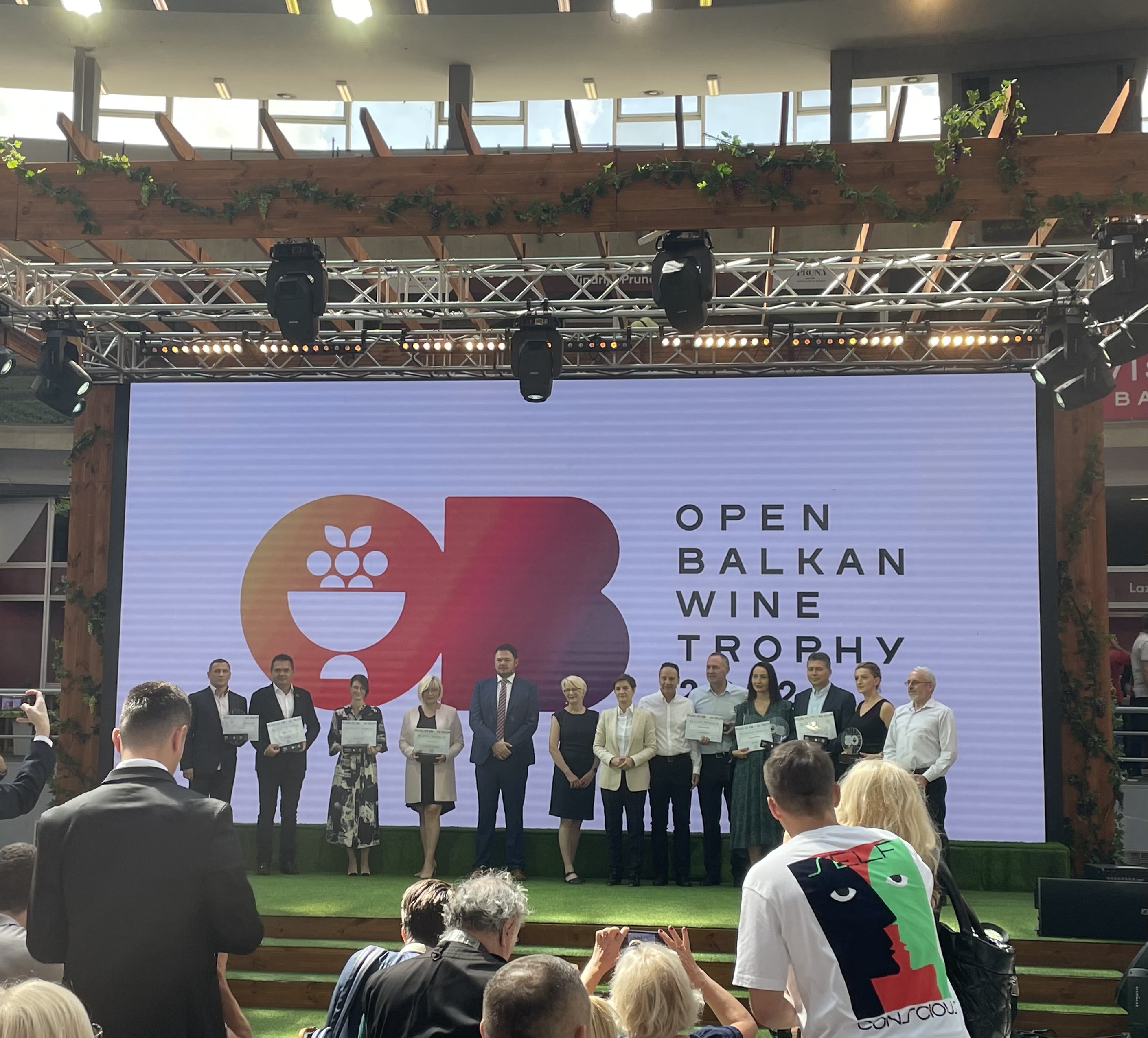 The jury consisting of 25 international wine judges, including five Master of Wine holders, announced the best wines in nine categories, two of which are for autochthonous grape varieties, at the first international wine fair “Wine Vision by Open Balkan”.

Top rated wines from the autochthonous varieties of the Balkans in the category of red wines were Barovo red 2019, Tikveš Chateaux and Domains, North Macedonia, as well as Grašac beli 4.0 2021, winery Verkat Fruška gora.

The awards were given by the Prime Minister of Serbia, Ana Branabić, who highlighted that “the best emotion that was felt among the countries of the Western Balkans was the one that was felt during the previous three days of the fair”. The Prime Minister expressed her hope that the fair, which was attended by about 400 exhibitors from 22 countries, would become a traditional one.

The wine evaluation coordinator, Igor Luković, emphasized that it was very important that judges of the highest rank gathered in Belgrade and that the evaluation was held at the same level like in other major world wine fairs.

“This is a big step towards the international wine scene and a return to the oldest wine Europe, because the wine culture first arrived here and then moved to the north and west”, underlined Luković. He added that the sommeliers transferred 2400 bottles of wine and washed more than 2000 glasses in the previous two days.

The head of the jury was Caroline Gilby, Master of Wine, considered the world’s greatest authority on the wines of Southeastern Europe and the Western Balkans. She has been engaged in wine from this area for more than 30 years and has seen a real revolution in production and progress in technology. “I believe that local types of wine such as the Prokupac Vranac and Grašac, which had a difficult past and a long history, are very important”, she said.