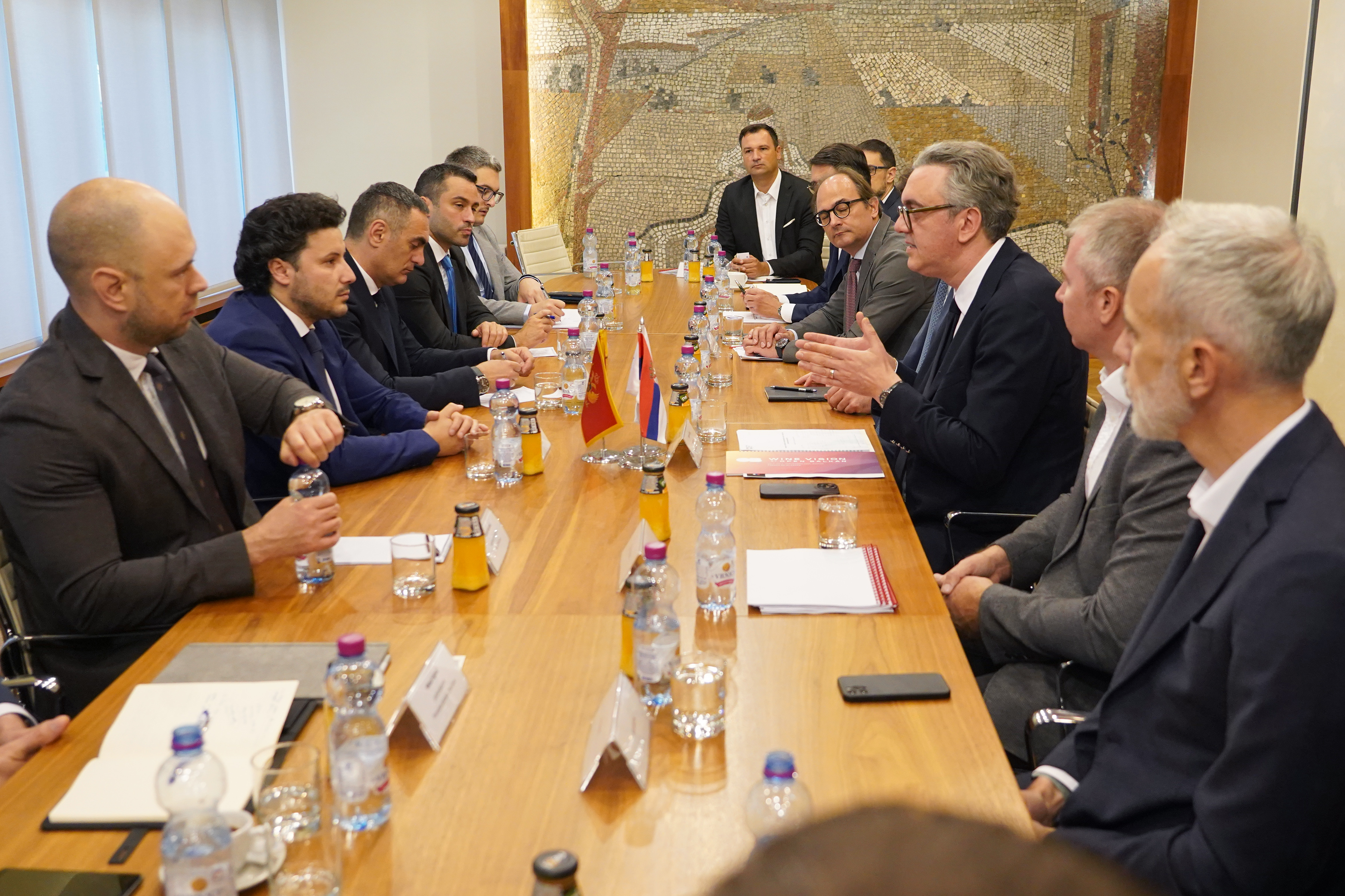 Economic relations between Serbia and Montenegro are becoming more intense, there are more and more meetings of businessmen and officials discussing joint projects and jobs, which is an excellent signal that economic cooperation is improving which will benefit both the economy and the citizens, it was pointed out today at Chamber of Commerce and Industry of Serbia (CCIS) by Prime Minister of Montenegro Dritan Abazović, and Marko Čadež, president of CCIS.

Abazović and Čadež agreed that more intensive regional cooperation and the Open Balkan Initiative will bring a better future to the Western Balkans.

Concluding that companies from Serbia are welcome in Montenegro and get involved in the planned realization of large projects from infrastructure to tourism, the Montenegrin Prime Minister evaluated that the meeting with CCIS President Marko Čadež along with one of the largest companies from Serbia was a sign of resetting and improving relations between Serbia and Montenegro.

"We talked today with companies from Serbia about several business projects in infrastructure and tourism, but also about regional cooperation and combating barriers that exist for business, whether they are at the border, in the customs administrations of the two countries, or elsewhere," said Abazović.

The meeting in CCIS, which, according to him, is a point of gathering for successful businesses, can result in good things and focus the public's focus in both countries on the economy. The Montenegrin Prime Minister is convinced that the business communities of Serbia and Montenegro are eager to improve relations. He emphasized that the Open Balkans initiative is very good and that he personally supported it, but that it should be promoted more.

The President of PKS Čadež pointed out that Serbia and Montenegro were very economically aware of each other, which was best reflected in trade relations.

"I want to thank you for having a clear vision even before you became prime minister, that we must base the entire region on the future, and not on the past," Čadež said to Abazović.

It is important, Čadež pointed out, for the two sides to be in constant communication and to form working groups of the two countries that will deal with topics such as food supply, but also by accelerating the flow of goods and services across the border by simplifying procedures.

"Montenegro has great potential to become a tourist and logistics hub of the region. "There is a huge interest of foreign and domestic companies that see this country as an option for solving their logistics problems, but also to improve tourist potentials," said Čadež.

President Abazović had separate talks in CCIS with representatives of our companies MK Group, Elixir, and Milšped. The Montenegrin delegation also included the Minister of Finance, Aleksandar Damjanović, Nikola Vujović, the Vice President of the Central Committee of Montenegro, and advisors for foreign policy and legal issues.

New Era of Economic Relations between Serbia and Egypt

New Era of Economic Relations between Serbia and Egypt