Top European Wine Magazine: Serbia is a Winegrowing Country on the Rise 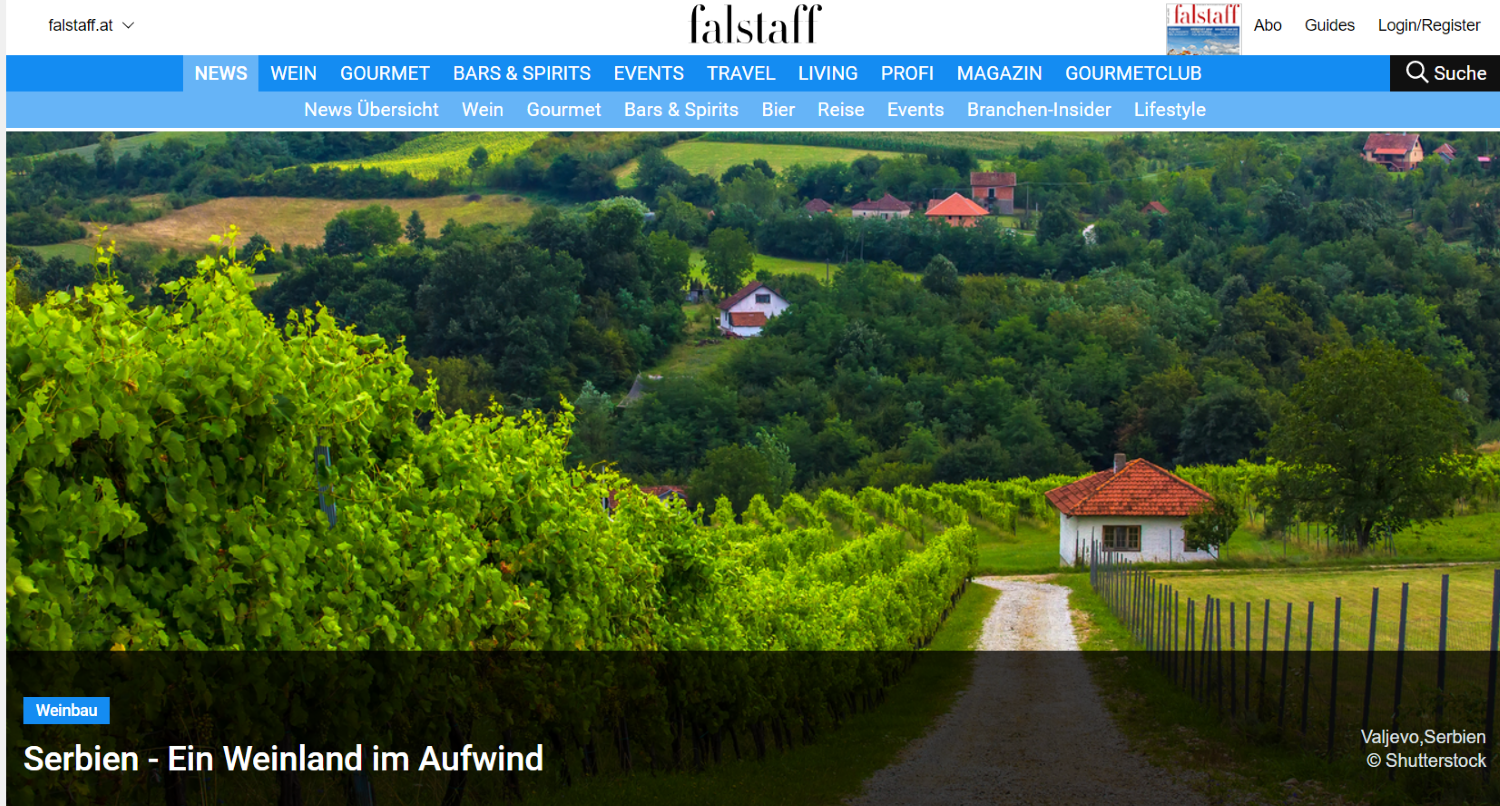 Famous Austrian magazine on wine, food and travel, Falstaff, marked Serbia as a winegrowing country on the rise, whose winemaking culture dates back to ancient times, having estimated that our country today has modern equipped wineries in all wine growing areas where a wide range of premium quality wines are made.

Falstaff is the most significant European magazine on wine, food and travel, with the circulation over 100.000 copies and that has been published since the 1980’ and distributed in 41 countries worldwide.

On the occasion of the coming international wine fair “Wine Vision by Open Balkan” in Belgrade,  Peter Moser, Editor in Chief, in his author’s text emphasises that Serbia has an excellent opportunity to present best from its wine cellars “on the stage that promises a lot”.

“Wine culture of Serbia has its deep roots in the history, in addition to the impact of Thracians and Greeks, Romans were those who used this good local climate and land for wine growing. After a long period when it was forbidden to make wine out of the central Roman empire, in the third century A.D. the wine production started again here in today’s territory of Serbia, primarily in the region of Fruška gora in Vojvodina, which then was called Sirmium”, Moser states in the text.

He emphasizes significant historical moments for the development of winegrowing in the territory of Serbia, from Roman Emperor Probus, who was born in the territory of today’s Sremska Mitrovica, and who was respected by wine lovers and winegrowers in many areas of Europe, then Constantine the Great, over the monastery estates of the Serbian orthodox church that had their own wine production, particularly in the Monasteries Ravanica Manasija, Gračanica, Serbian resistance to Turkish prohibition to cultivate vineyards, and to large industrial wine production in the former Yugoslavia.

“Over the last three decades, ancient wine culture in Serbia has been again on the rise.  The country has various terroires and climate zones, which means that excellent quality wine can be made out of a large number of varieties and styles“, estimates Moser, mentioning elegant and dry white wine from Riesling in Fruška gora, to Chardonnay, aromatic Tamjanika, Smedrevka, Krstač, Prokupac….

The current area covered by grape vine in Serbia amounts to 20,113 hectare, and is divided in 77 winegrowing regions and subzones. In 2021, there were 430 registered wine makers.

“Today, Serbia possesses modern and equipped wineries in all winemaking regions where a wide range of premium quality wine is made. In addition to the autochthonous grape varieties, demand for high quality global grape varieties is increasing. At the new trade fairs, such as the Open Balkan wine fair, guests and wine lovers from both the country and abroad could now get a better insight into the development level of Serbian wine and get information from winegrowers firsthand”, Moser stated, inter alia, having concluded “One thing is clear: there is something to be discovered in Serbian wine cellars”.