​Čadež: The Western Balkans Will Be the Region of Success

The joint vision of the economies of Serbia, the United States of America, and regional economies is for the Western Balkans to become a region of success because it has great potential when it comes to knowledge, innovation, and creativity, said Marko Čadež, the President of the Chamber of Commerce and Industry of Serbia (CCIS) and the president of the Board of Directors of CIF WB6, at the regional conference "Western Balkan Regional Commercial Conference and Business-to-Business Event" at CCIS.

"I am sure that after today's meeting we will have new investments and jobs. If we invest in people together, then our region will be a place that people don't leave but return to," said Čadež.

The President of CCIS emphasized that the meeting brought together more than 160 regional companies and 27 global American companies such as Amazon Web Services, Oracle, IBM, Cisco, Motorola, and others.

This is the largest regional meeting in the sector of ICT, energy, and green technologies that takes place in Belgrade, and when it comes to cooperation between the region and the USA.

"More than 160 companies from the entire region are present, from Belgrade, Skopje, Priština, and Peć, to Banja Luka and Sarajevo. They have over 260 B2B prescheduled meetings with American companies," said Čadež.

According to Čadež, the past two years have shown that thanks to the joint activities of Serbia and the USA, American companies had significant investments in our country, which is a clear message to other companies from the world that Serbia and the region have great potential for attracting new investments.

John Ginkel, Chargé d'affaires at the US Embassy in Serbia, pointed out that the delegation of American companies had a series of meetings in our country in recent days, saying that by working together, the region can achieve economic prosperity.

"In the last two years, the total trade between Serbia and the USA has been growing significantly, while the growth of exports from Serbia represents the potential for further improvement of economic relations. There is an increasing interest in Serbia from IT companies, as well as those from the fields of infrastructure, telecommunications, and energy, which is very a good indicator of a good business environment in Serbia. The best recommendation for new investors in Serbia is to look at the companies that are members of the American Chamber of Commerce, which have been successfully operating in our market for many years and perceive Serbia as a second home. American companies have so far invested over four billion dollars in Serbia and employ over 30,000 people", said Stefan Lazarević, the President of the American Chamber of Commerce in Serbia.

David de Falco, US Deputy Assistant Secretary of Commerce for Europe and Eurasia, pointed out that the United States of America is building long-term partnerships with companies from the Western Balkans, which is developing rapidly and strives for the free flow of goods, services, capital, and people. He added that there is still room for improving relations between his country and the region, especially in the field of energy and ICT technologies, which will be the drivers of development in the future.

Chamber of Commerce and Industry of Serbia (CCIS), in partnership with the US Embassy in Serbia, the American Chamber of Commerce (AmCham), with the support of the Chamber Investment Forum (CIF WB6), organized today the regional conference "Western Balkan Regional Commercial Conference and Business-to-Business Event ", dedicated to improving the region's economic relations with the USA, where expert panels and B2B meetings were held.

The event was organized as part of the visit to Serbia and Montenegro by the Trade Mission of the US Government (International Trade Administration), which includes 27 American companies with a focus on ICT, energy, and clean technology. 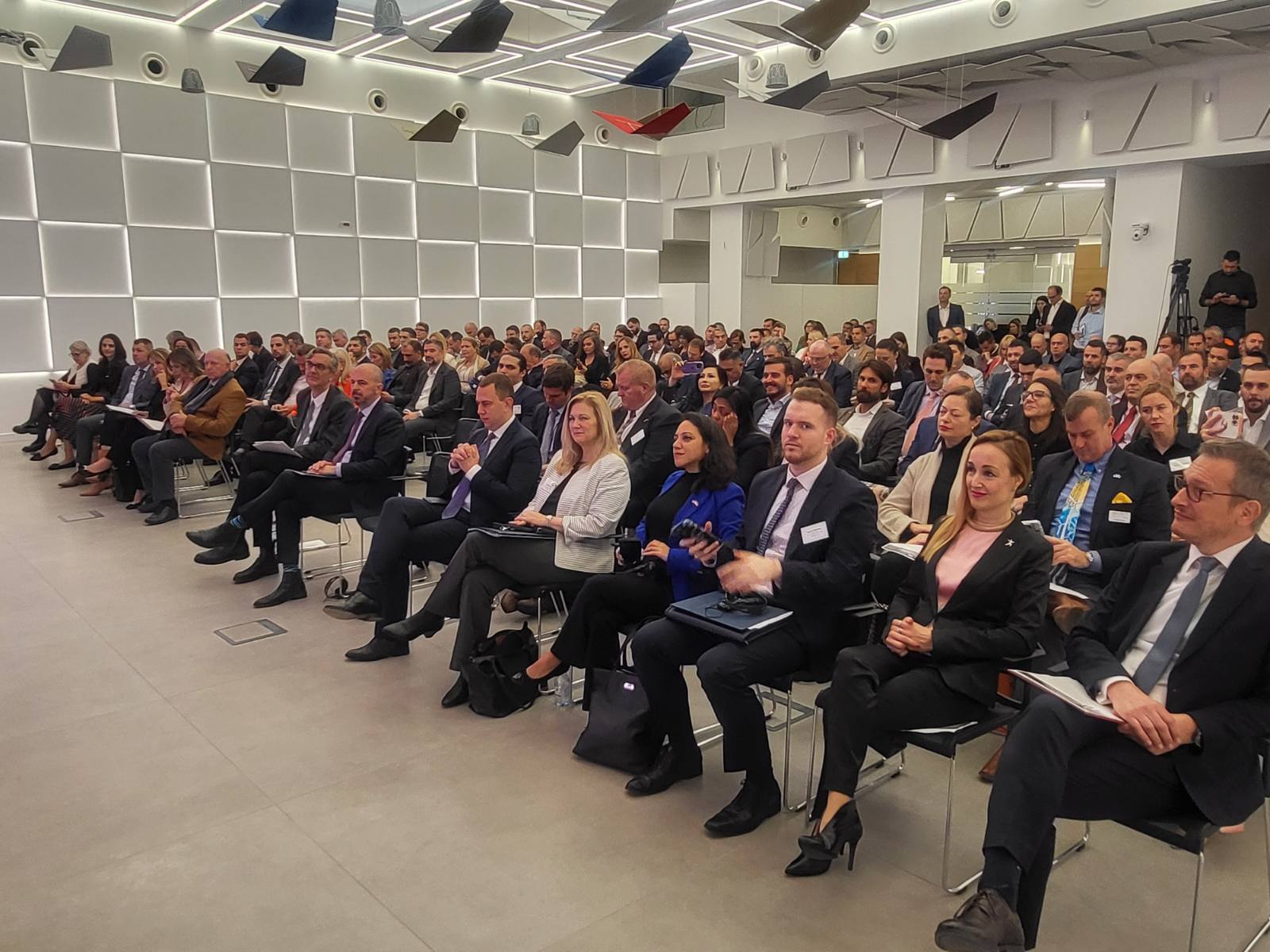